“The geneticist Bentley Glass, in his address on becoming president of the American Association for the Advancement of Science in 1970, argued that the ethical problem was not that people would embrace these new technologies but that they might reject them. “The right that must become paramount is the right of every child to be born with a sound physical and mental constitution,” he said. “No parents will have the right to burden society with a malformed or mentally incompetent child.” —The Code Breaker

To begin, I might explain why I picked up The Code Breaker at the library. The first reason is that I have been reading Walter Isaacson’s Leonardo da Vinci and I appreciate his writing style along with the subject matter of fine art and human ingenuity. So when I saw The Code Breaker, I wondered how he might portray the story of a brilliant woman biochemist, Jennifer Doudna, who is still living.

The second reason is because it reminded me that I had once wanted to become a biochemist and had enjoyed an independent research project I did for an Advanced Biology course in high school on Maud Slye (1879-1954), a pathologist, who researched the inheritability of cancer in mice. So I thought I might like to know what it’s like to do biochemical research through a more recent story.

The third reason was that I was already mildly interested in the topic of ethics in genetic engineering. As someone who hopes to be a parent, I can’t imagine not taking some time to understand what’s possible and to what degree I might believe genetic engineering to be good, bad, or something in between.

I find these questions to be fascinating and I can reasonably foresee reading more about both the science and the ethics. 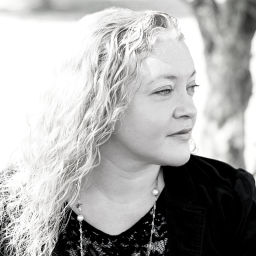